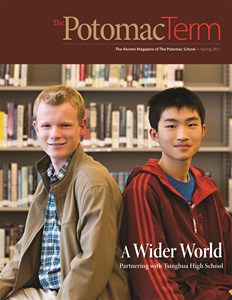 Laura Smith '01: Beyond The Comfort Zone

Carrying machine guns and rocket launchers, six Russian soldiers rappel from a hovering helicopter onto Laura Smith’s boat to offer protection. One by one, the men lie flat as they hit the deck, which is decorated with fire hoses, lookout dummies and barbed wire to ward off attackers. Smith is on a direct path through the Somali Pirate Zone.

As a certified coxswain and Marine Seismic Acquisitions Engineer for WesternGeco, Smith spends five weeks at sea (sometimes passing through treacherous water such as these), followed by three weeks in an office in Oslo, Norway, and then two weeks wherever doing whatever she wants. On the job, she works to create three-dimensional maps of the ocean floor — maps that help oil companies find oil. Her boat tows eight cables, each about 5 miles long and equipped with miniature microphones called hydrophones. Every 10 to 15 seconds, air guns on the boat fire, and the hydrophones record the sound as it bounces off the ocean floor and the geological layers below. Since being hired in 2006, Smith has documented her travels and travails in her appropriately titled blog, “Laura: Staying in One Place Is Difficult.”

Of course, a job that requires moving from place to place is more difficult by most people’s standards, but Smith seems to relish taking on new challenges — something she did a lot as a student at Potomac. In her first year as a new seventh grader, she was cut from the tennis team, she didn’t make the musical and she lost the student government election. Smith remembers Mr. Harding calling her mom to see how she was handling the rejection. Smith’s mom, knowing her daughter, said Smith was fine. But they both appreciated the sentiment. In an e-mail sent from somewhere off the coast of Equatorial Guinea, Smith writes, “Potomac was a very safe place to have failures.” Surviving and thriving taught Smith that she enjoys leaving her comfort zone, even if it means falling short, at least temporarily, of success.

Smith soon rebounded by taking up squash and field hockey, sports she’d never heard of before coming to Potomac. She also cultivated a love for travel and exploration by joining the Intermediate School Spanish and Latin trips to Europe. The summer before her freshman year at Princeton, where she would go on to earn a B.S. in Engineering, she hiked the Pyrenees with Mr. Morgan.

So when WesternGeco gave Smith a map of the United States and asked her to choose where she would like to work and live, Smith turned over the map and wrote down all the reasons she felt qualified to work internationally. It was a bold move, as was her decision to defer accepting the position offered by the firm for one year so she could teach English in Vietnam. “I wanted to know that I could handle myself in a country where I did not speak the language,” she writes. “It was a challenge. A big one.”

Smith’s next challenge? Helping her Argentine boyfriend build a sailboat that, she hopes, they will one day sail to Antarctica. They call their boat Quijote, a name that implies their dream might be a foolish one. But Smith doesn’t seem to take foolishness too seriously — after all, a mistake is just an opportunity to learn. 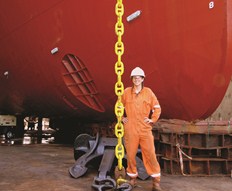 "Potomac was a very safe place to have failures."