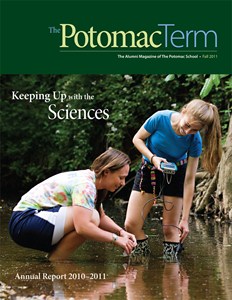 Dorothy Phoenix '02: Reimaging The Past With Video Games

Remember the children’s novel Island of the Blue Dolphins? It was based on the true story of Juana Maria, the last surviving member of the Nicoleño, a Native American tribe. When she died, just weeks after being rescued from the island where she had lived alone for almost 20 years, her language and culture died with her.

In her spare time, Phoenix is developing a Legend of Zelda-like video game that transports the user to a fictitious but factually inspired locale in 19th-century Southern California. Like Juana Maria, the heroine and her father are the last surviving members of their tribe. But in Phoenix’s virtual world, the heroine returns to the island and goes on a quest to recover her tribe’s cultural and linguistic artifacts, relics that will prove and preserve her culture for years to come. Phoenix says, “I’ve reimagined it like I would have liked it to happen.”

By day, Phoenix works as an IT specialist at IBM. She is repairing and migrating courseware that will appear on a learning management system used by the U.S. Army. But her true calling is games. “I’ve always been completely obsessed with video games,” says Phoenix, who played Nintendo as a pre-schooler and listened to the Final Fantasy 6 soundtrack countless mornings on her way to Potomac. “I like being immersed in different worlds,” she says. “The art, the game itself, the storytelling. It really is a craft.”

Phoenix’s first foray into the craft as creator came in an intro to programming course at Potomac. “That was the first time I ever had any concept that I could actually make something. I didn’t have to just come up with the game ideas; I could actually implement them.” She went on to take intro to computer science, AP computer science and digital robotics, all of which helped her realize that she could and would make her living as a programmer.

Beyond programming, Phoenix also credits her humanities courses with preparing her for video game development. “I’m not just a programmer; I also design. The cultural and historical knowledge that I draw on really helps me a lot. When I’m coming up with ideas, I might start off remembering something I learned in a history class.”

After high school, Phoenix became Potomac’s first female graduate to enroll at MIT. She majored in computer science and East Asian studies (inspired by her Japanese classes at Potomac), and wrote a thesis about moral standards and censorship in U.S. and Japanese children’s media.

This June, Phoenix served on the advisory committee of the Learning and Entertainment Evolution Forum, a conference on how games and other simulations are changing learning and work. Phoenix strongly believes in games as highly effective educational tools, especially when instructional and gaming experts collaborate. “A lot of people say video games are best used for reinforcing material,” she says. “I’d go out on a limb and say that you can actually learn new things from video games.”

Aspiring game developers should strike while the iron is hot, according to Phoenix. YouTube and social media tools make do-it-yourself promotion relatively simple, and eager distributors abound. Especially for developers who want to dream up their own ideas, Phoenix says, “This is the best time to get into games.”

Phoenix’s first foray into the gaming craft as creator came in an intro to programming course at Potomac. She says, “That was the first time I ever had any concept that I could actually make something. I didn’t have to just come up with the game ideas; I could actually implement them.”