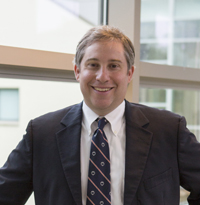 Carson joined The Potomac School admission team as the Director of Admission and Financial Aid in July 2016 after serving for five years as Director of Admission and Financial Aid at the Pomfret School (CT). Prior to his appointment at Pomfret, he was director of Upper and Middle School Admission at the Ethical Culture Fieldston School in New York City. He received a BA from St. Lawrence University, where he was a four year member of the men’s tennis team. He also holds a MA from Teachers College Columbia University. He has served as an Advisory Council member for The Erdmann Institute and is currently a member of the Admissions Leadership Council for the Enrollment Management Association.  Carson and his wife Jillian have a daughter, Campbell (class of 2031) and son, Grady.